BOBOJAYTV 2 weeks ago
63 1 min read
Ekanem
A journalist, Mr. Augustine Ekanem has been killed by armed robbers who also snatched his car.
Ekanem before his death was a broadcaster with the Akwa Ibom State Broadcasting Corporation, (AKBC) Uyo.
It was gathered that Ekanem alias “Talk and laugh” and “Country Man” was shot dead at about 8:30 pm on Thursday, December 30, at a filling station and his car was snatched from him at gunpoint.
According to an eyewitness account, the robbers killed the journalist when they sighted him making frantic calls while they were driving away after snatching his car.
His corpse has been deposited at a mortuary at Ikot Ambang, Ibiono Ibom LGA. 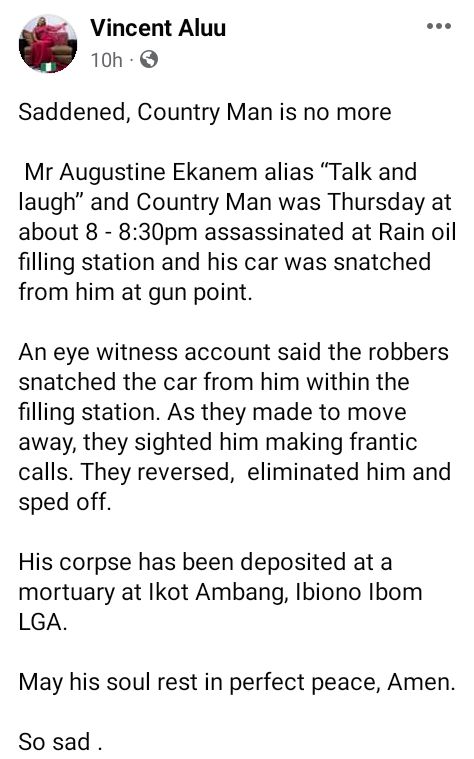 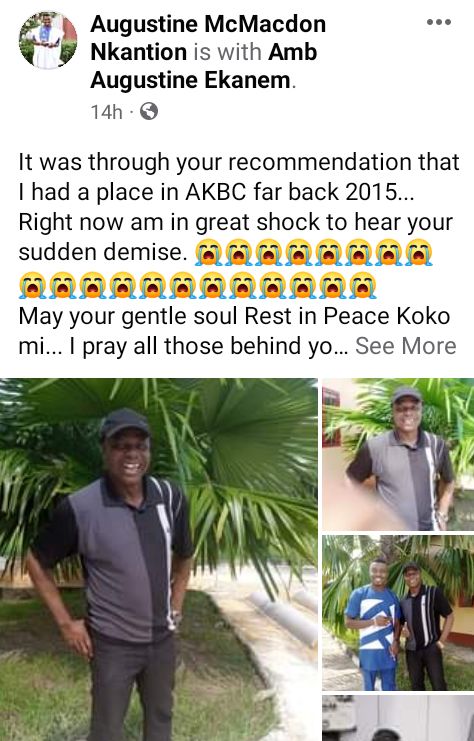 UNIPORT Student Allegedly Arrested After His Girlfriend Died In His House

A video has surfaced showing a man in spiderman attire dancing inside a church. The man wh…