BOBOJAYTV December 15, 2021
89 3 min read
Aminu Sani Garba and a factory manager
Two men have been killed by bandits after collecting N8 million ransom.
A health worker, Aminu Sani Garba and a factory manager, Kasimu Lawan were among four residents kidnapped by bandits at a water factory in Tegina, Rafi Local Government Area of Niger State on November 14
Until his death, Garba, a resident of Tegina, was the Local Immunization Officer (LIO) in Rafi LGA.
It was gathered that the bandits have also asked for additional N20 million ransom, smartphones and motorcycles to release the corpses and the remaining victim in their captivity.
On Tuesday, an official of a road transport union in the town, Bello Muhammad, told PREMIUM TIMES that the community contributed N8 million ransom to secure the release of the abducted persons.
However, after making the payment, the people were told that two of the victims had been killed by the bandits.
Mr Muhammad said another victim, Mas’udu Ibrahim, escaped from captivity, while Bako BK, the owner of the water factory is still being held by the bandits.
He said the ransom bearer returned with a gory picture of the deceased victims, which made the residents observe funeral prayers (Salatul Ghaib) for the deceased.
Muhammad confirmed that the bandits also requested a fresh N20 million, three new motorcycles and two smartphones, equivalent in value to the one seen with the deceased health worker, as a ransom for the release of the corpses and the remaining captive.
Speaking to Premium Times, the ransom bearer, Kasimu Barangada, narrated how he delivered the ransom last Tuesday in a forest in the state.
He said the kidnappers blindfolded him while taking him into the bush. He said the corpse of the deceased health worker was on the ground while the other captive, Mr BK, could not utter a word. 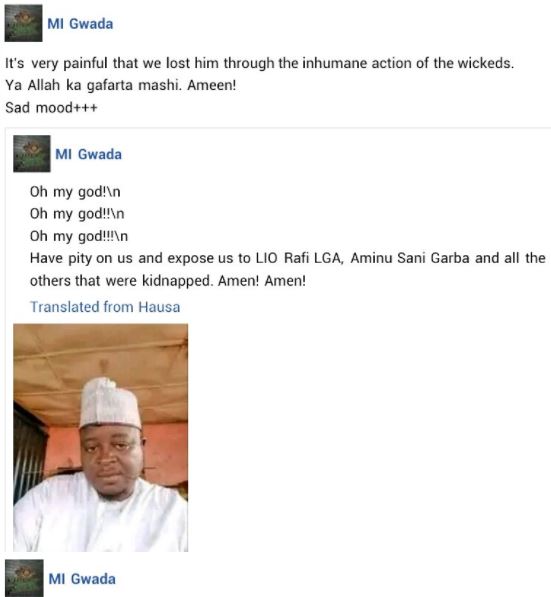 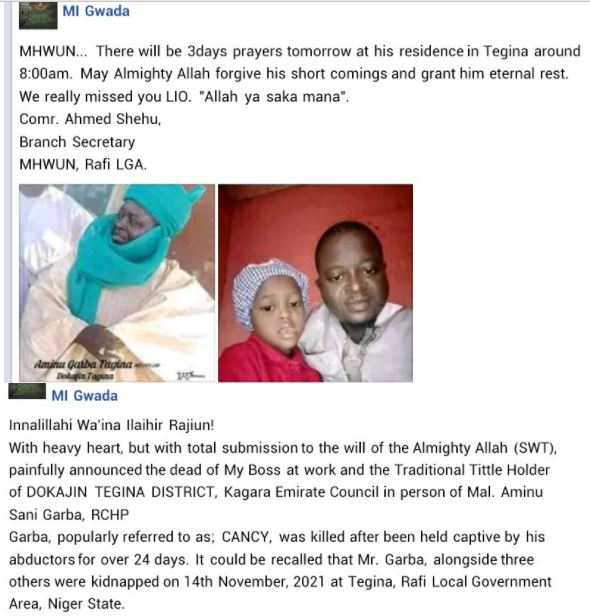 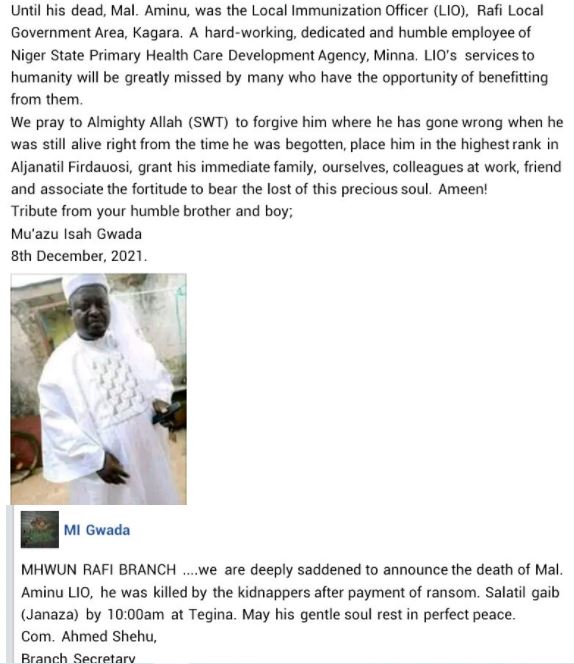 Court fixes date for arraignment of HEDA chairman for ‘forgery’