After 2019 Big Brother Naija housemate, Frodd got himself into trouble over his action after the Saturday night party, he has now had a chat with Esther.
Recall that Frodd after the party was seen on Esther’s bed without underwear trying to touch and caress Esther’s body.
Esther hesitated and warned Frodd to wear his boxers back at several times but he refused.
This attracted Biggie’s attention as he called Frodd to an emergency diary session.
However, after the incident, Esther walked up to him to ask what Biggie said yesterday night while they also discussed what happened.
Watch videos below:

Esther went to frodd to ask him what biggie told him last nyt. #BBNaija 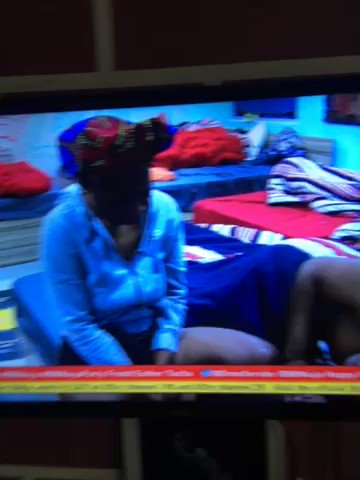 82 people are talking about this

Watch the moment Frodd was pants down and about to ‘pull a Kemen’ on esther, smh

. Big brother had to call him to the diary room to save esther @BBNaija #frodd #esther #saynotorape #BBNaija

UK And DSS Have Been Petitioned To Probe Buhari's Cambridge Documents

Senator Abaribe Reacts After Ike Ekweremadu Was Disgraced And Beaten

Checkout The Cars That Escorted Davido Out Of Abuja Airport

Jude Ighalo’s estranged wife, Adesuwa, slams those saying she is pained after she called him ou