Gifty in her post said ”No papa beta pass Davido”. She praised him for coming through for his children despite his relationships with their mothers.

This afternoon, Etinosa took to her Instagram page to slam Gifty.

She argued that women are not praised when they breastfeed their babies and sees no reason Davido should be praised for attending his own baby’s birthday party. 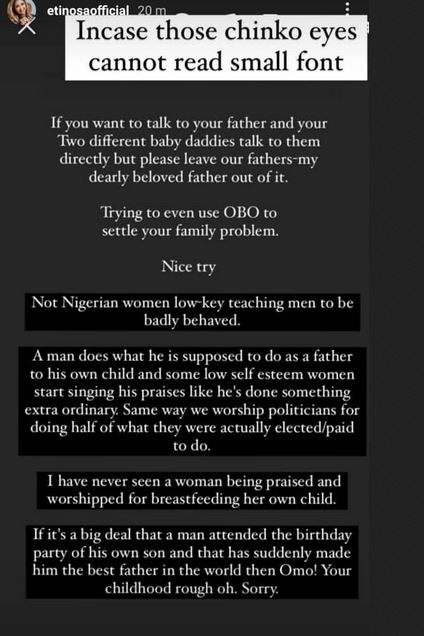