Top English Premier League, EPL teams, Chelsea and Man Utd on Saturday mocked each other on Twitter.
Before the game against Crystal Palace, the Red Devils took a dig at The Blues.
“Wish we were playing Chelsea again, though,” the club tweeted.
But Goals from Jordan Ayew and Patrick van Aanholt gave the visitors all three points against Man United.
After the match, Chelsea replied the earlier tweet by their rivals.
“How’d it go”, they fired back.
Meanwhile, Ole Gunnar Solskjaer has blamed his players following their 2-1 defeat.
The Norwegian said Man United lost to Crystal Palace because his players were not clinical enough in front of goal. 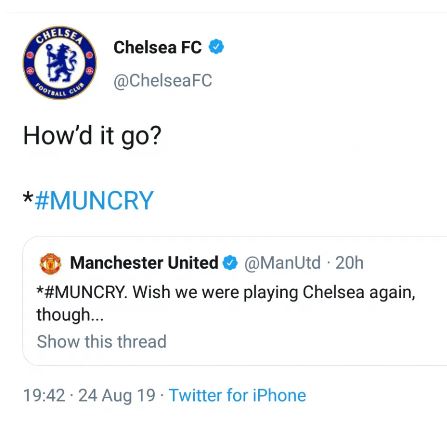