The woman, said to be the wife of one Akada, a former neighborhood watch leader in the community was shot dead on Friday night, September 9, 2022.

A woman identified as Ogochukwu Onuh, has been killed by gunmen.

The woman was killed by unknown gunmen in Umuopu community in Enugu Ezike, Igbo-Eze Local Government Area of Enugu State.

The woman said to be the wife of one Akada, a former neighborhood watch leader in the community was shot dead on Friday night, September 9, 2022.

According to reports, the gunmen attacked Akada’s home but he managed to escape so they shot his wife.

She was rushed to the hospital but didn’t survive. 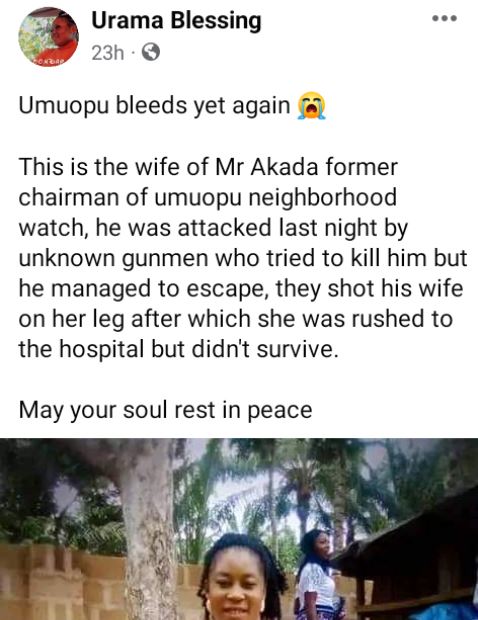 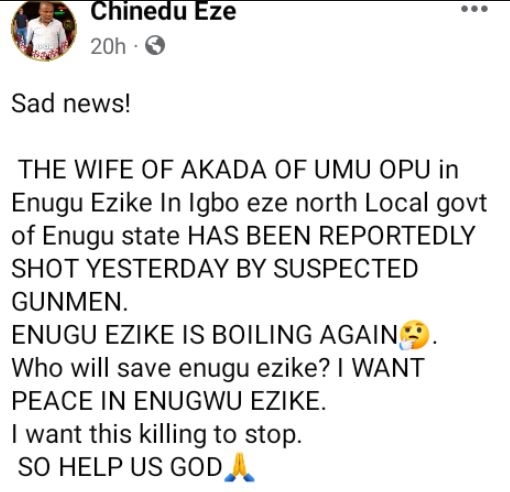 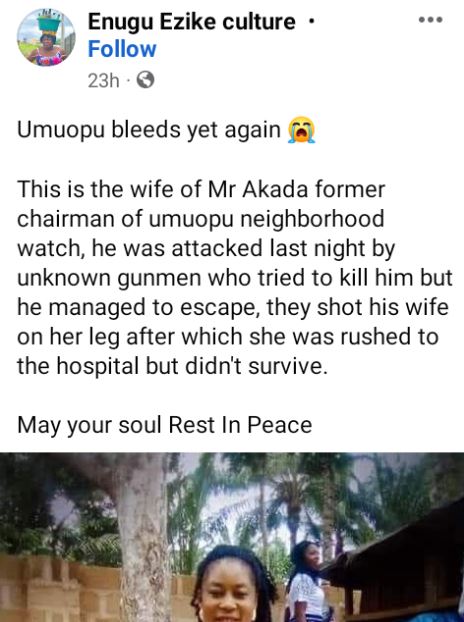