To her utter disappointment, the boyfriend has prepared spaghetti and had cut them too small for her taste.

A lady has taken to social media to open up about why she ended things with her boyfriend.

According to the lady identified on Twitter as Ade Authority, she ended their relationship over the meal he cooked for her.

She explained that her boyfriend had made the offer of cooking her something.

So she agreed, sat back with some junk food –ice cream and cheese balls – while waiting for him to finish cooking.

To her utter disappointment, the boyfriend has prepared spaghetti and had cut them too small for her taste. 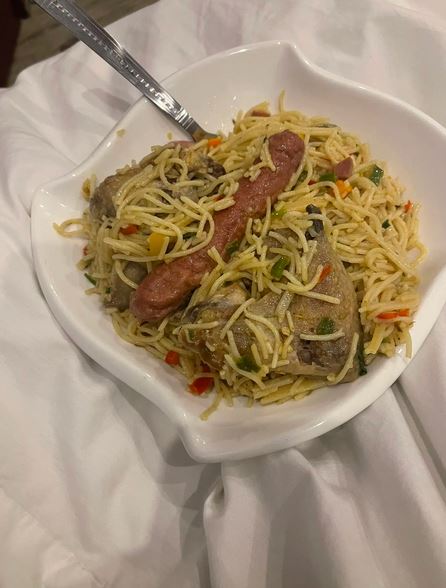 She revealed she sent him back home for retraining while adding that women of her generation are not settling for less. 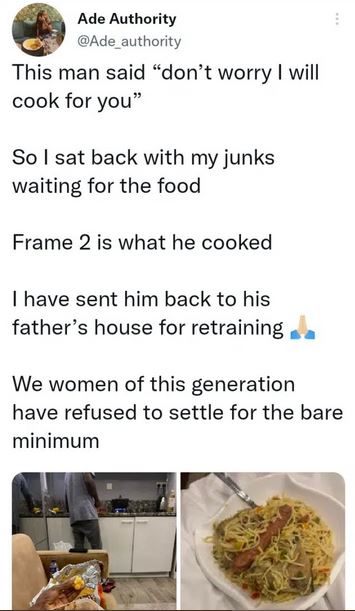