Sam Itauma, Head of Child's Rights And Rehabilitation Network (CRARN) disclosed this in a statement on Friday.

A one-year-old boy who suffered violent abuse in the hands of his father in Akwa Ibom State has been rescued by an NGO in the state.

Sam Itauma, Head of Child’s Rights And Rehabilitation Network (CRARN) who disclosed this in a statement on Friday, July 29, said the toddler was rescued after his father threw him into the bush while claiming that he is possessed by demonic powers.

He wrote: “A 40-year-old man, Mr. Godwin Etim Aweh from Odoro Nkit, Esit Eket, Nigeria has reportedly thrown out his one-year-old son, Diamond into his backyard bush during a torrential rainfall,” the statement read.

“Mr. Aweh who runs a local wine business in Unyenge, Mbo local government area came home during the weekend and told his wife that he was no longer interested in having the child as his son anymore as the child is believed to be possessed by demonic powers

“According to an eyewitness, Ms. Mfon Sunday, the disconsolate mother of the child who is also harboring a three-week-old son, helplessly watched as her one-year-old boy cried and squirmed in pains under a heavy downpour.

“The mother of the child is helpless as she is not able to safeguard her child from this monster husband. Anytime she tried to pick the child and keep at home when the husband is around, she will be severely beaten and thrown out of the house too.” Said Ms. Sunday.

“The eyewitness further averred that Mr. Aweh (aka Seven 7 ) is fond of throwing out the young lad when he is back home during the weekends and all entreaties to stop his callous and violent behavior towards his child have fallen on deaf ears.

“An anonymous source called the CRARN rescue team’s hotline and invited them to come and witness what he described as a “horrible sight” in his village. “ Please, come right now and save a life.” The caller unequivocally stressed.

“The CRARN team arrived on the scene immediately and rescued the child then rushed him to the emergency unit of the Immanuel General Hospital, Eket where he is being treated for acute pneumonia, malnutrition, anemia, and breathing difficulties. Available X-ray shows dislocation and bone fracture at the bilateral limbs of the toddler. The young lad is due for surgery and physiotherapy to rectify the fractured bones.” 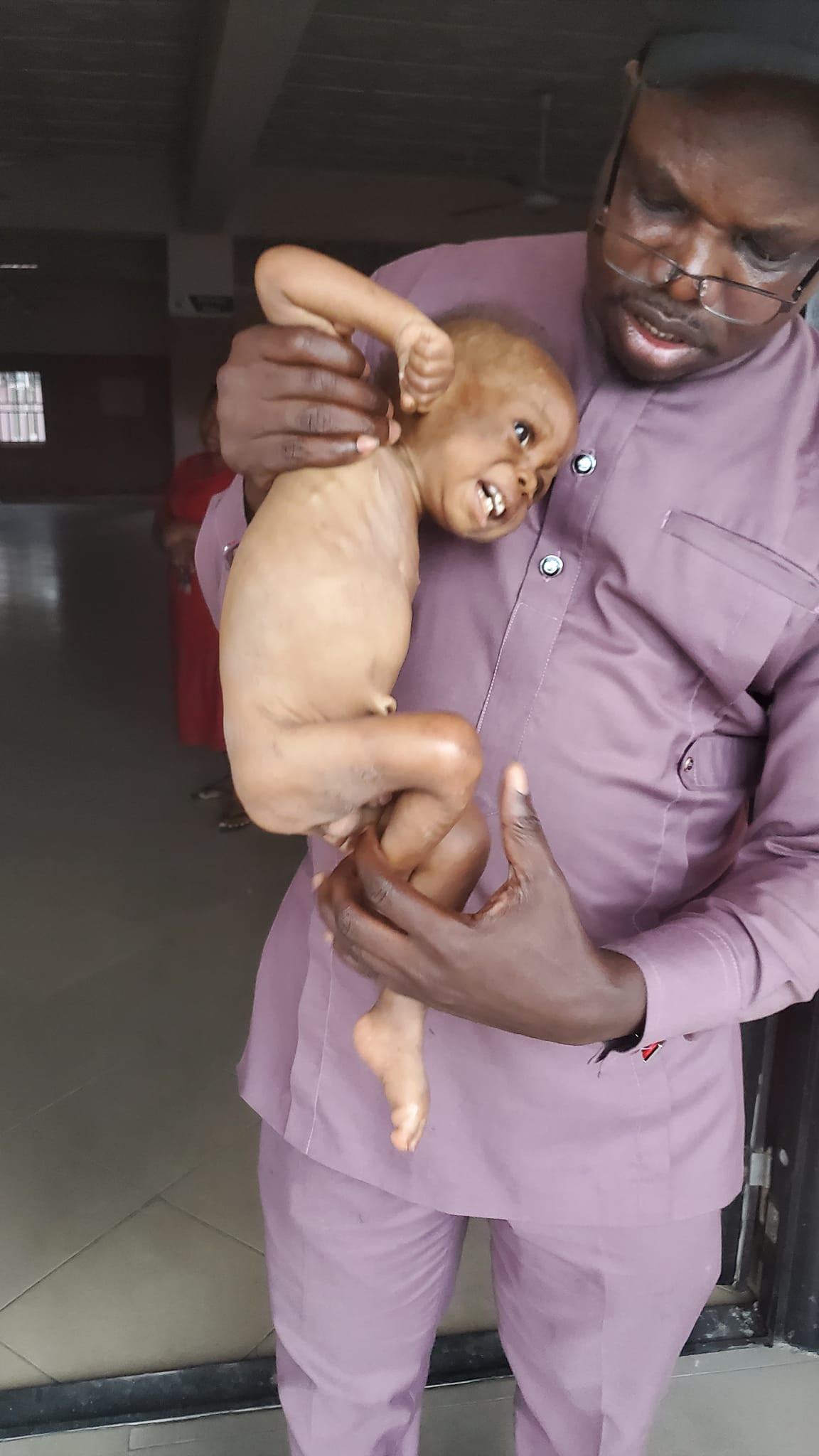 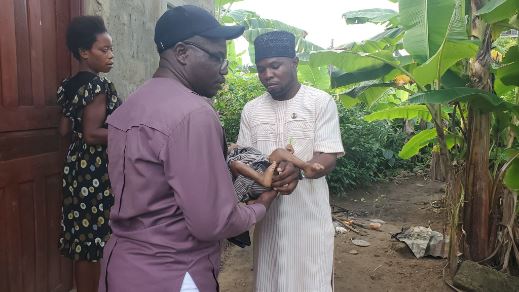