May 21, 2022
Home Foreign Meet Zeus, The Tallest Dog In The World (Photos)
A 2-year-old dog has been named the tallest dog in the world, according to Guinness World Records.
The dog named Zeus stands at a whopping three feet 5.18 inches tall (1.046 metres).
According to BBC, Zeus officially achieved the impressive feat of becoming the tallest dog in the world on 22 March after his record-breaking height was measured and confirmed by his vet.
“Ever since I was a little girl, I wanted a Great Dane named Zeus,” said the dog’s owner Brittany Davis.
Her dreams later became a reality when her brother gifted her family with an eight-week-old Great Dane.
“At first, we were nervous about having such a large dog, but we fell in love with him and here we are!” Brittany explained.
Despite Zeus’ huge size, he’s pretty laidback and he gets along with other animals including three miniature Australian shepherds and a cat who he lives with.
He also loves spending time with Brittany’s teenage son and is often the centre of attention when he’s out and about with his family.
“The comment that we hear most often is ‘Wow, that’s a horse!,’ ‘Can I ride him?’ or ‘Does he have a saddle?'” said Brittany. “The answer to all those questions is ‘no'”.
Great Danes are known to have a shorter life span compared to other dogs because of their huge size, but Brittany says Zeus is currently in very good shape.
“When we take Zeus to the vet, they’re always in amazement,” she said. 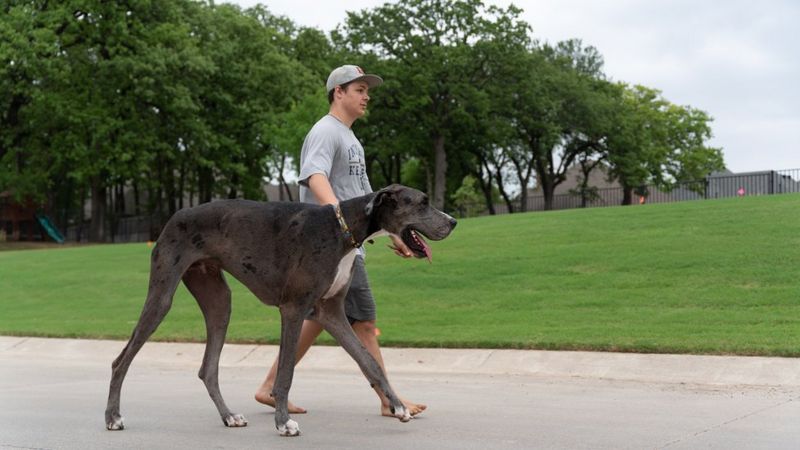 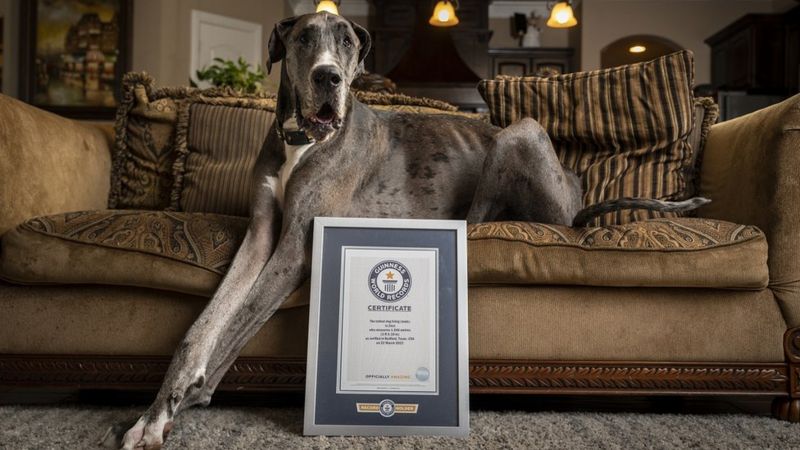