Katherine Isaiah Fegor, the 22-year-old lady who was declared missing in lsoko South Local Government Area of Delta State after she travelled to see her boyfriend has been found.

We reported that Katherine left Oleh, where she worked as a distributor for KEDI Healthcare, to visit her boyfriend in Warri on Thursday, May 6.

She was declared missing few days later as no one had heard from her after she left home.

A family member, Alexander Omena Abele, who confirmed the development on Tuesday afternoon, May 18, said she has been found.

“The Lord that keepeth Isreal neither sleeps nor slumber, God never fails me. She has been found” she wrote on Facebook.

One Ogbah Janet also confirmed that Fegor has returned home but shared no further details except a photo of the young woman sitting on the floor. 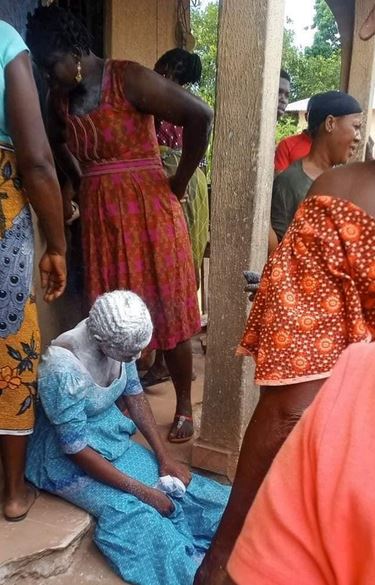 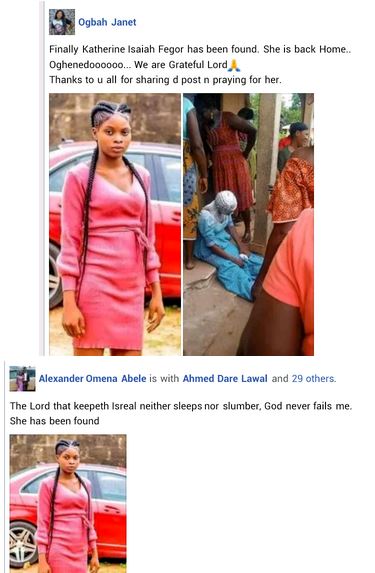 BOBOJAYTV - July 12, 2021 0
A former General Evangelist of Christ Apostolic Church, CAC, Agbala Itura, Prophet Samuel Abiara has given insight why most clergymen and others do not...