University of Louisville junior Jordan Nwora had an unforgettable game for the Nigerian National Team, D’Tigers, on Friday.

He led Nigeria with 19 points and had a huge three-pointer with one minute left during a 90-81 victory over Canada in an exhibition game in Winnipeg.

In the pre-world cup FIBA friendly, Canada narrowed the deficit to 82-81 with just over a minute left when Nwora hit a three-pointer to make it 85-81 in front of 8,000 fans at Bell MTS Place. Canada would never get any closer in the contest.

Nwora also added six assists and four rebounds in the contest. A three-point shot by Nigeria’s Chimezie Metu (San Antonio Spurs) at the buzzer had squeezed Canada’s lead to 49-47 at halftime. 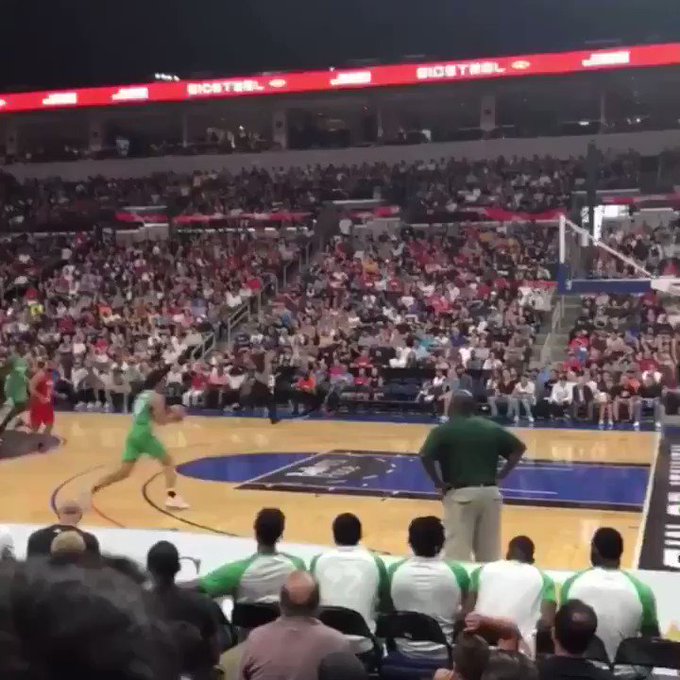 110 people are talking about this

Canada beat Nigeria 96-87 on Wednesday in Toronto in the opener of the two-game series. Both teams are gearing up for the FIBA World Cup, which starts later this month in China.

It’s the second summer in a row that Nwora has played for the Nigerian team.

Last summer, Nwora helped Nigeria to a 3-0 record in the 2018 FIBA World Cup African qualifier. He averaged 21.7 points, 8.0 rebounds, 2.3 steals and 2.7 assists and his 36-point outing on July 1 was the most ever scored by a Nigerian player in a major tournament.

Both teams are gearing up for the FIBA World Cup, which starts later this month in China.

In the FIBA World Cup that begins on Aug. 31, Nigeria will be in Pool B with Russia, Korea and Argentina. Nigeria tips off on Aug. 31 against Russia.

They tip off the World Cup on Sept. 1 versus Australia in Dongguan, China. With a top-eight showing, they would play right up until Sept. 14 or 15 — a couple of weeks before NBA teams open training camps.

The World Cup has huge ramifications for the national programs, as the top seven finishers qualify for the 2020 Tokyo Olympics. Teams who don’t qualify are relegated to last-chance qualifying tournaments next summer.