SHARE
For Sponsored Adv£rt, General Publicity, and Music or Skit Promotions at a discount rat£ DM or WhatsApp us at +2349050287348.
All the 32-year old needs to do is just to turn her back and take a picture.
She is not only blessed with a nice bum, she also has fantastic hips and a beautiful face. She added icing to the cake with an inspirational note seen with the pictures.
The Imo State native has continued to live a flamboyant life despite not featuring in any film.
In 2013, she starred as “Joke” in Lagos Cougars, a role that earned her the Best Actress in a Leading Role nomination at both the 10th Africa Movie Academy Awards and 2014 Nigeria Entertainment Awards. 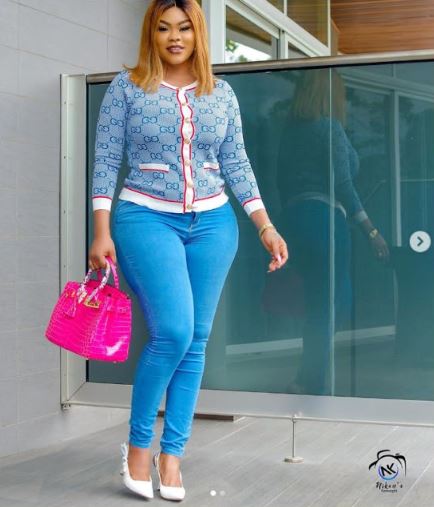