The Nigerian National Petroleum Company Limited (NNPC) has released a statement on its Twitter handle stating that it was compromised and used to send an appropriate message.

Recall that the company’s handle had tweeted that Tinubu would pick a Muslim like himself as running mate in the 2023 election.

The NNPC immediately came under criticism over the tweet after it went viral with multiple retweets.

“The general public is hereby informed that #NNPCLimited’s Twitter handle (@NNPCgroup) was compromised and used to send an inappropriate message on 8th June 2022 at 6:35pm. The breach has been addressed, and the Twitter handle successfully recovered.

“#NNPCLimited wishes to reassure the general public that it remains committed to doing business in the most ethical manner at all times,” the disclaimer said. 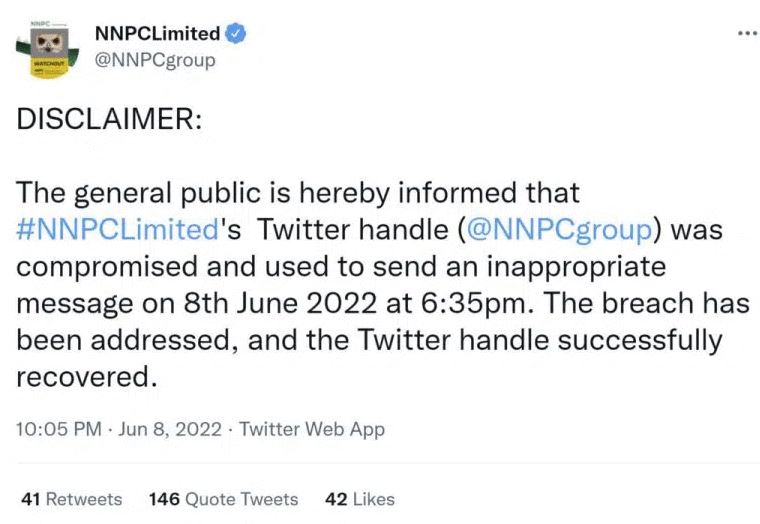