Asisat Oshoala has taken to social media to celebrate Barcelona’s 9-1 triumph over CD Tacon in their Spanish Liga Iberdrola game at the Johan Cruyff Stadium.

The Nigeria international, who scored eight goals in five pre-season games, was hoping to replicate her fine form in their opener on their new home ground against the newly-promoted side.

The 24-year-old came close twice, in the 12th and 39th minutes, but was denied by the woodwork before being replaced seven minutes after the half-time break.

Jenni Hermoso’s hat trick, Aitana Bonmati’s brace with a goal each from Alexia Putellas and Mariona, as well as Lucía Suarez’s own goal ensured they condemned their visitors to a heavy defeat.

Despite failing to make a scoring start this term, Oshoala expressed her joy over her side’s rout on social media.​ 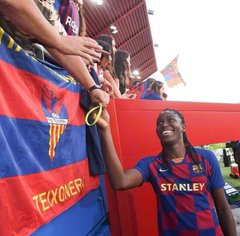 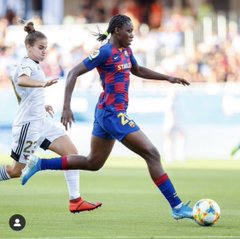 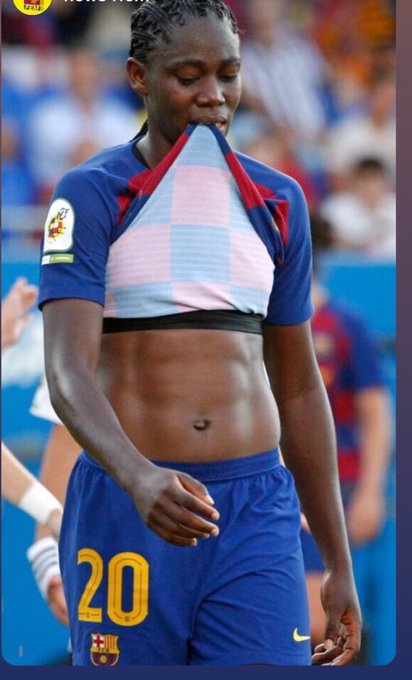 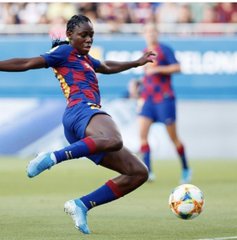 362 people are talking about this

The victory moves Barcelona to the top of the log on goal difference with three points and they will trip to Turin to battle Juventus in the Women’s Champions League Round of 32 first leg.

Why there is increased attacks on Nigerians in South Africa – mission