According to PREMIUM TIMES, another student of a Nigerian institution has been reportedly raped and murdered in Ibadan, Oyo State capital.

The police confirmed the murder but denied that the victim was raped.

The latest victim was identified as Azeezat Shomuyiwa, said to be a postgraduate student of the University of Ibadan.

She was attacked on Thursday at her house in Aba Ijefun, Akinyele Local Government Area of Ibadan.

The case is currently trending on Twitter as PREMIUM TIMES makes efforts to reach the family of the victim.

Residents of the area told our correspondent that a stone used to kill Ms Shomuyiwa was found beside her bed with blood covering her body.

“The girl was raped and killed. As of this morning, police came to the place to arrest some people they suspected,” one resident said asking not to be named.

Another resident of the community, Aduwo Ayodele, told PREMIUM TIMES that “A bad incident happened in my community today. The lady was raped and Nigerian police force came to the place.”

When contacted, the Oyo Stats police spokesperson, Olugbenga Fadeyi, said the victim was murdered but there was no evidence of rape.

“Truly, the matter happened but it was not rape. She was attacked with stone on her head and left to die”, he said. “The police commiserated with the family” 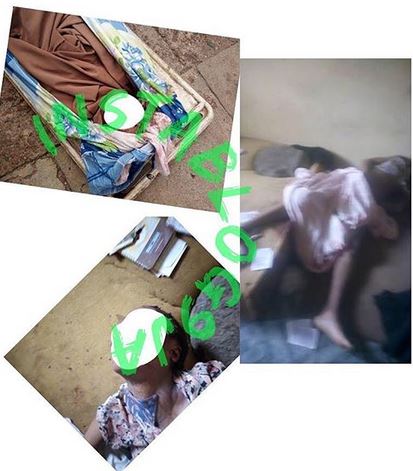 Mr Fadeyi told PREMIUM TIMES that the commissioner of police was there with top officials of the security force.

“The commissioner already asked the deputy commissioner of police to take up the matter for proper investigation.”

Ms Bello was a student of Department of Science Laboratory Technology (SLT), Federal College of Animal Health and Production in Ibadan, the Oyo State capital.

Sowore, Adeyanju and others lead #EndSARS protest in Abuja – Photos

#EndSARSMemorial: Only governors have power over rallies – Falana to police

BOBOJAYTV - September 8, 2019 0
Boko Haram fighters have stolen a large amount of money from the Nigerian military following an ambush on a logistics convoy on Friday morning. One...