Some Americans have denied knowing popular singer, Davido after he was given a VIP recognition at a recent NBA basketball game penultimate week.

Davido who is set to begin his American tour in March, was a spectator at the NBA clash between Washington Wizards and Cleveland Cavaliers at the Capital One Arena, Washington DC.

He was however given a special shout-out during the game, which was then posted on the  Washington Wizards’ Twitter page,but most of their fans denied knowing who he is.

Fans of the Basketball team were surprised to find out that the singer has over 15 million followers on his Instagram page. 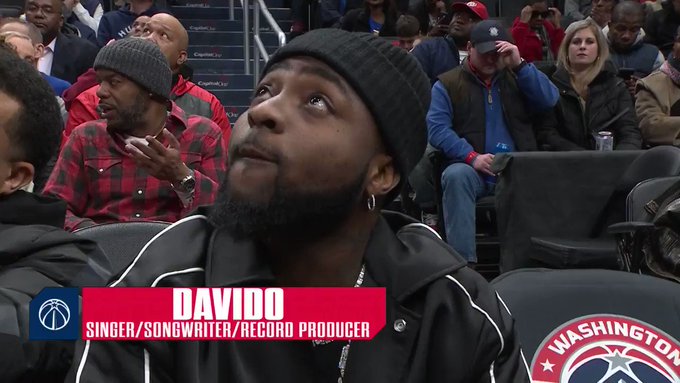 3,684 people are talking about this

The Nigerians on the page however chastised the seemingly ignorant American citizens, telling them to take their time to travel outside of their country and know about what is going on outside the shores of the American continent.

Aki Reveals Why He will Be Forever Grateful To Goodluck Jonathan