Nigerian Crossdresser Bobrisky has claimed that businessman Mompha is pretending to be a billionaire and is not actually one.

Bobrisky revealed this in his recent response to Mompha as the two continue to throw shots at each other on social media.

The heated exchange between them started when Mompha reacted to Bobrisky releasing screenshots of their alleged chats and voice note exchange.

Bobrisky who released the chats in response to Mompha’s claim of not associating with gay people and them not being friends, had warned the businessman not to push him as it would be “bloody”.

Mompha in a new Instagram post revealed that he only met Bobrisky twice, and further asked if “having lunch in someone’s house is a crime”.

He also asked Bobrisky to run as there will be war whenever he’s back to Lagos. Mompha also accused Bobrisky and the cross-dresser’s former P.A, Oye of causing him pain following their public fall-out weeks ago when Oye claimed Mompha and Bobrisky were an item.

Bobrisky has now fired back with claims that Mompha is a fake billionaire. 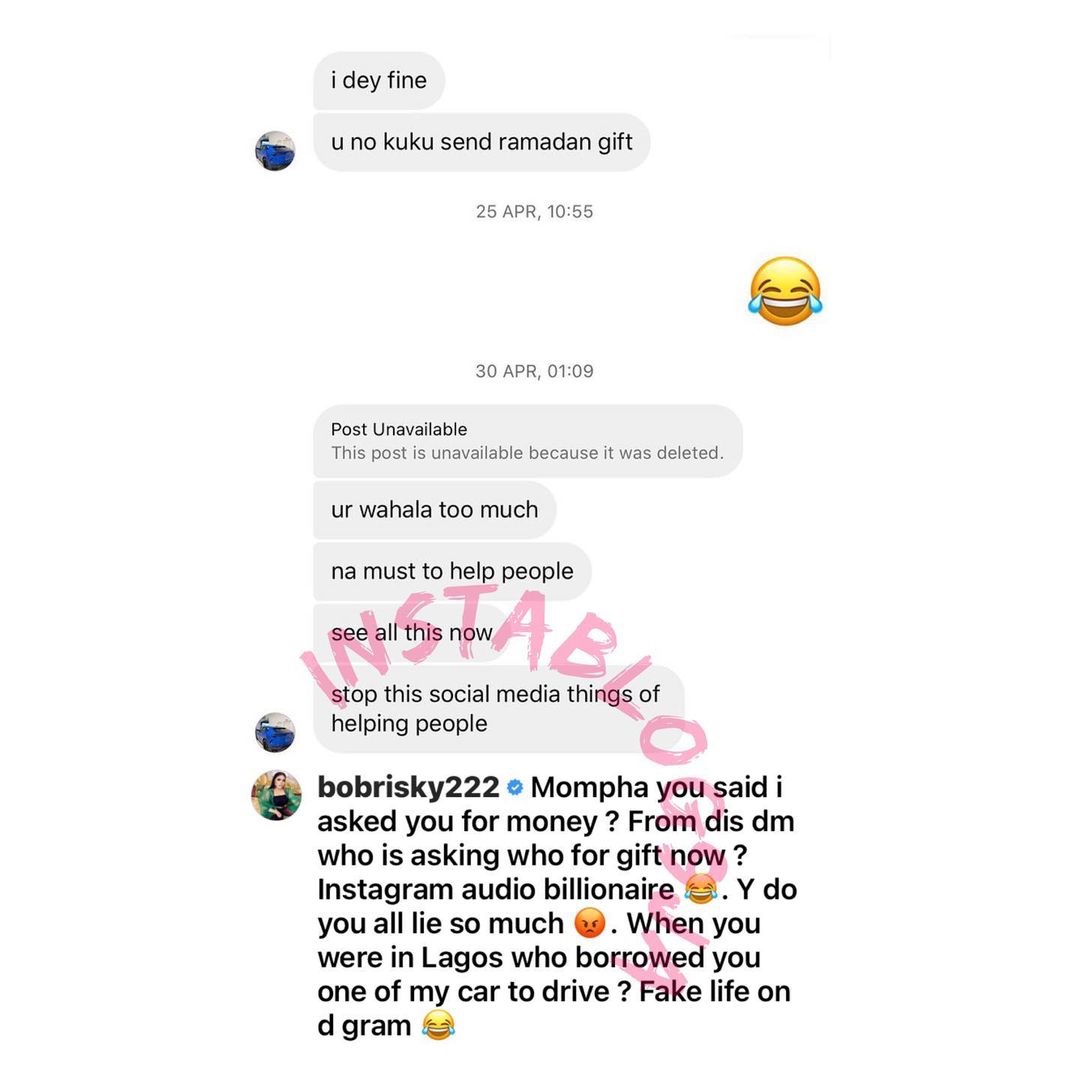 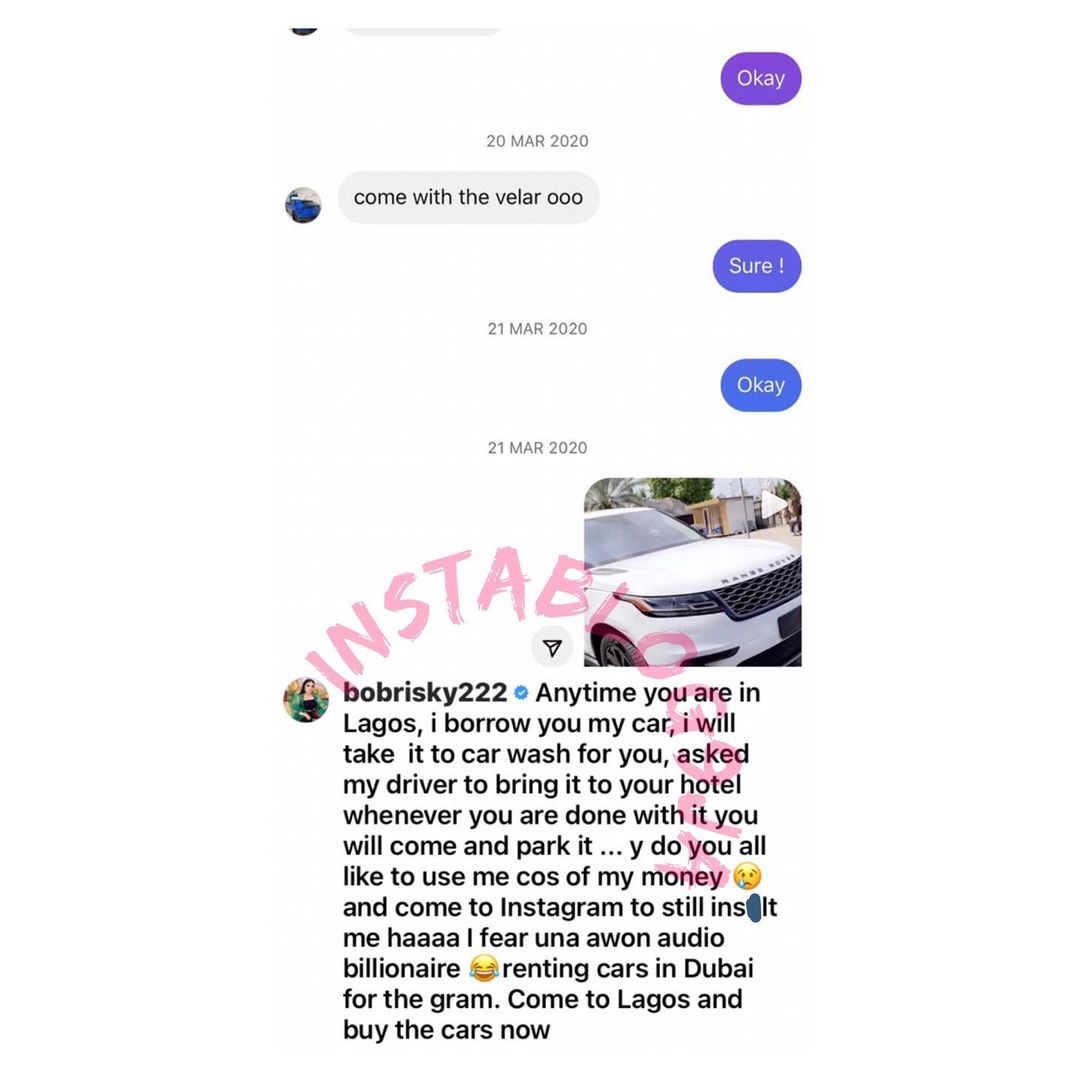